When referencing the Laravel framework or its components from your application or package, you should always use a version constraint such as 5.5.*, since major releases of Laravel do include breaking changes. However, we strive to always ensure you may update to a new major release in one day or less.

Why Doesn't Laravel Use Semantic Versioning?

On one hand, all optional components of Laravel (Cashier, Dusk, Valet, Socialite, etc.) do use semantic versioning. However, the Laravel framework itself does not. The reason for this is because semantic versioning is a "reductionist" way of determining if two pieces of code are compatible. Even when using semantic versioning, you still must install the upgraded package and run your automated test suite to know if anything is actually incompatible with your code base.

So, instead, the Laravel framework uses a versioning scheme that is more communicative of the actual scope of the release. Furthermore, since minor releases never contain intentional breaking changes, you should never receive a breaking change as long as your version constraints follow the paradigm.major.* convention.

In addition, Laravel 5.5 coincides with the release of Laravel Horizon, a beautiful new queue dashboard and configuration system for your Redis based Laravel queues.

{tip} This documentation summarizes the most notable improvements to the framework; however, more thorough change logs are always available on GitHub.

Horizon provides a beautiful dashboard and code-driven configuration for your Laravel powered Redis queues. Horizon allows you to easily monitor key metrics of your queue system such as job throughput, runtime, and job failures.

For more information on Horizon, check out the full Horizon documentation

In previous versions of Laravel, installing a package typically required several additional steps such as adding the service provider to your app configuration file and registering any relevant facades. However, beginning with Laravel 5.5, Laravel can automatically detect and register service providers and facades for you.

For example, you can experience this by installing the popular barryvdh/laravel-debugbar package into your Laravel application. Once the package is installed via Composer, the debug bar will be available to your application with no additional configuration:

Package developers only need to add their service providers and facades to their package's composer.json file:

For more information on updating your packages to use service provider and facade discovery, check out the full documentation on package development.

When building an API, you may need a transformation layer that sits between your Eloquent models and the JSON responses that are actually returned to your application's users. Laravel's resource classes allow you to expressively and easily transform your models and model collections into JSON.

A resource class represents a single model that needs to be transformed into a JSON structure. For example, here is a simple UserResource class:

Of course, this is only the most basic example of an API resource. Laravel also provides a variety of methods to help you when building your resources and resource collections. For more information, check out the full documentation on API resources.

When creating new console commands, you no longer are required to manually list them in the $commands property of your Console kernel. Instead, a new load method is called from the commands method of your kernel, which will scan the given directory for any console commands and register them automatically:

While the basic Vue scaffolding is still included in Laravel 5.5, several new frontend preset options are now available. In a fresh Laravel application, you can swap the Vue scaffolding for React scaffolding using the preset command:

Or, you can remove the JavaScript and CSS framework scaffolding entirely using the none preset. This preset will leave your application with a plain Sass file and a few simple JavaScript utilities:

{note} These commands are only intended to be run on fresh Laravel installations. They should not be used on existing applications.

Job chaining allows you to specify a list of queued jobs that should be run in sequence. If one job in the sequence fails, the rest of the jobs will not be run. To execute a queued job chain, you may use the withChain method on any of your dispatchable jobs:

If your application interacts with Redis, you may now throttle your queued jobs by time or concurrency. This feature can be of assistance when your queued jobs are interacting with APIs that are also rate limited. For example, you may throttle a given type of job to only run 10 times every 60 seconds:

{tip} In the example above, the key may be any string that uniquely identifies the type of job you would like to rate limit. For example, you may wish to construct the key based on the class name of the job and the IDs of the Eloquent models it operates on.

Alternatively, you may specify the maximum number of workers that may simultaneously process a given job. This can be helpful when a queued job is modifying a resource that should only be modified by one job at a time. For example, we may limit jobs of a given type to only be processed by one worker at a time:

{tip} You may also define a retryUntil method on your queued event listeners.

Once the rule has been defined, you may use it by passing an instance of the rule object with your other validation rules:

To solve this, many Laravel users install the Trusted Proxies package by Chris Fidao. Since this is such a common use case, Chris' package now ships with Laravel 5.5 by default.

A new App\Http\Middleware\TrustProxies middleware is included in the default Laravel 5.5 application. This middleware allows you to quickly customize the proxies that should be trusted by your application:

Sometimes you may need to send a notification to someone who is not stored as a "user" of your application. Using the new Notification::route method, you may specify ad-hoc notification routing information before sending the notification:

Mailables can now be returned directly from routes, allowing you to quickly preview your mailable's designs in the browser:

The Illuminate\Http\Request object now provides a validate method, allowing you to quickly validate an incoming request from a route Closure or controller:

All JSON validation error formatting can be controlled by defining a single method on your App\Exceptions\Handler class. For example, the following customization will format JSON validation responses using the Laravel 5.4 convention.

The Redis and Memcached cache drivers now have support for obtaining and releasing atomic "locks". This provides a simple method of obtaining arbitrary locks without worrying about race conditions. For example, before performing a task, you may wish to obtain a lock so no other processes attempt the same task that is already in progress:

Or, you may pass a Closure to the get method. The Closure will only be executed if the lock can be obtained and the lock will automatically be released after the Closure is executed:

In addition, you may "block" until the lock becomes available:

Programming a custom directive is sometimes more complex than necessary when defining simple, custom conditional statements. For that reason, Blade now provides a Blade::if method which allows you to quickly define custom conditional directives using Closures. For example, let's define a custom conditional that checks the current application environment. We may do this in the boot method of our AppServiceProvider:

Once the custom conditional has been defined, we can easily use it on our templates:

In addition to the ability to easily define custom Blade conditional directives, new shortcuts have been added to quickly check the authentication status of the current user:

If you are defining a route that redirects to another URI, you may now use the Route::redirect method. This method provides a convenient shortcut so that you do not have to define a full route or controller for performing a simple redirect:

If your route only needs to return a view, you may now use the Route::view method. Like the redirect method, this method provides a simple shortcut so that you do not have to define a full route or controller. The view method accepts a URI as its first argument and a view name as its second argument. In addition, you may provide an array of data to pass to the view as an optional third argument: 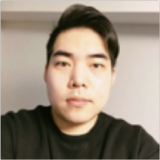