Laravel automatically generates a CSRF "token" for each active user session managed by the application. This token is used to verify that the authenticated user is the one actually making the requests to the application.

Anytime you define a HTML form in your application, you should include a hidden CSRF token field in the form so that the CSRF protection middleware can validate the request. You may use the csrf_field helper to generate the token field:

The VerifyCsrfToken middleware, which is included in the web middleware group, will automatically verify that the token in the request input matches the token stored in the session.

Sometimes you may wish to exclude a set of URIs from CSRF protection. For example, if you are using Stripe to process payments and are utilizing their webhook system, you will need to exclude your Stripe webhook handler route from CSRF protection since Stripe will not know what CSRF token to send to your routes.

Typically, you should place these kinds of routes outside of the web middleware group that the RouteServiceProvider applies to all routes in the routes/web.php file. However, you may also exclude the routes by adding their URIs to the $except property of the VerifyCsrfToken middleware:

In addition to checking for the CSRF token as a POST parameter, the VerifyCsrfToken middleware will also check for the X-CSRF-TOKEN request header. You could, for example, store the token in a HTML meta tag:

Then, once you have created the meta tag, you can instruct a library like jQuery to automatically add the token to all request headers. This provides simple, convenient CSRF protection for your AJAX based applications:

Laravel stores the current CSRF token in a XSRF-TOKEN cookie that is included with each response generated by the framework. You can use the cookie value to set the X-XSRF-TOKEN request header.

This cookie is primarily sent as a convenience since some JavaScript frameworks, like Angular, automatically place its value in the X-XSRF-TOKEN header. 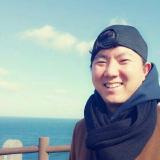