Let's look at a simple example:

A deep understanding of the Laravel service container is essential to building a powerful, large application, as well as for contributing to the Laravel core itself.

Almost all of your service container bindings will be registered within service providers, so most of these examples will demonstrate using the container in that context.

{tip} There is no need to bind classes into the container if they do not depend on any interfaces. The container does not need to be instructed on how to build these objects, since it can automatically resolve these objects using reflection.

Within a service provider, you always have access to the container via the $this->app property. We can register a binding using the bind method, passing the class or interface name that we wish to register along with a Closure that returns an instance of the class:

Note that we receive the container itself as an argument to the resolver. We can then use the container to resolve sub-dependencies of the object we are building.

Sometimes you may have a class that receives some injected classes, but also needs an injected primitive value such as an integer. You may easily use contextual binding to inject any value your class may need:

This statement tells the container that it should inject the RedisEventPusher when a class needs an implementation of EventPusher. Now we can type-hint the EventPusher interface in a constructor, or any other location where dependencies are injected by the service container:

Occasionally, you may need to resolve all of a certain "category" of binding. For example, perhaps you are building a report aggregator that receives an array of many different Report interface implementations. After registering the Report implementations, you can assign them a tag using the tag method:

Once the services have been tagged, you may easily resolve them all via the tagged method:

If you are in a location of your code that does not have access to the $app variable, you may use the global resolve helper:

If some of your class' dependencies are not resolvable via the container, you may inject them by passing them as an associative array into the makeWith method:

For example, you may type-hint a repository defined by your application in a controller's constructor. The repository will automatically be resolved and injected into the class:

The service container fires an event each time it resolves an object. You may listen to this event using the resolving method:

As you can see, the object being resolved will be passed to the callback, allowing you to set any additional properties on the object before it is given to its consumer. 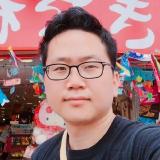 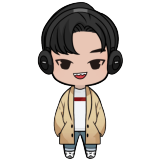