There are several middleware included in the Laravel framework, including middleware for maintenance, authentication, CSRF protection, and more. All of these middleware are located in the app/Http/Middleware directory.

To create a new middleware, use the make:middleware Artisan command:

This command will place a new OldMiddleware class within your app/Http/Middleware directory. In this middleware, we will only allow access to the route if the supplied age is greater than 200. Otherwise, we will redirect the users back to the "home" URI.

It's best to envision middleware as a series of "layers" HTTP requests must pass through before they hit your application. Each layer can examine the request and even reject it entirely.

Whether a middleware runs before or after a request depends on the middleware itself. This middleware would perform some task before the request is handled by the application:

However, this middleware would perform its task after the request is handled by the application:

If you want a middleware to be run during every HTTP request to your application, simply list the middleware class in the $middleware property of your app/Http/Kernel.php class.

If you would like to assign middleware to specific routes, you should first assign the middleware a short-hand key in your app/Http/Kernel.php file. By default, the $routeMiddleware property of this class contains entries for the middleware included with Laravel. To add your own, simply append it to this list and assign it a key of your choosing.

As you can see, in addition to defining a handle method, TerminableMiddleware define a terminate method. This method receives both the request and the response. Once you have defined a terminable middleware, you should add it to the list of global middlewares in your HTTP kernel. 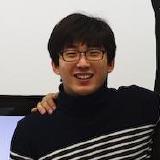